Ukrainian
Select your language. This page will be translated automatically.

Ukraine’s success is the best deterrent against the Russian revanche 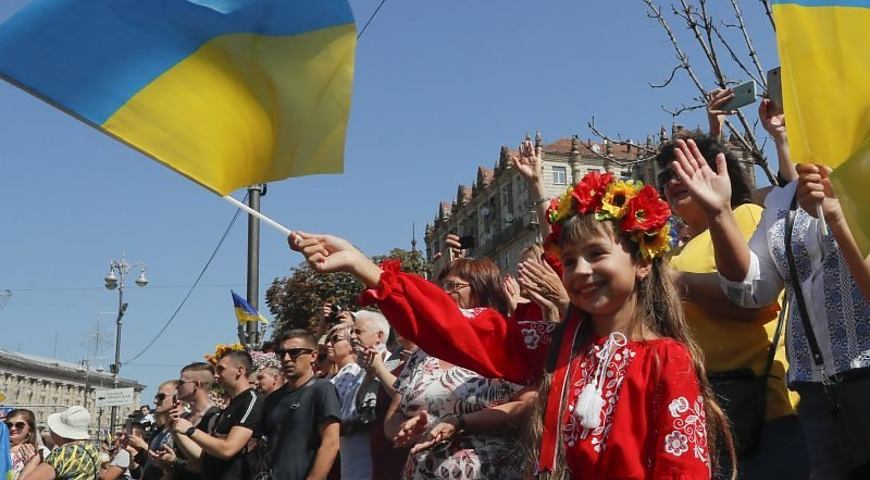 There is no better strategy for the West in dealing with Russia than strength and unity, and there should be no appeasement and no return to “business as usual”, writes Kostiantyn Yelisieiev.

Many are misled by the temptation, as genuine as it may be, to find common grounds with Russia. Despite valid arguments and ambition, any such opening would lead us nowhere. To make a difference it needs a tectonic change, and this change should happen neither in Western’s territory, nor in Ukraine’s, but in Russia’s.

It is a pessimistic conclusion, but there is no way for the West to effectively reset the relations with Putin. At least, not at this point of time and history.

However, as many others, I believe that a reset with Russia is possible and even inevitable. The stumbling blocks on the road are many, indeed, but one of them is crucial – it’s President Putin himself.

With him in office, Russia would go on pursuing its revanchist agenda beyond any limits. One should have little doubts about Russia to use all opportunities, including the reset, wars, epidemics, elections, etc, to take its course and implement Putin’s vision.

Those who cherish the hope for better with Russia are ignorant or unfamiliar with the key existential goal of the Russian president, which is to restore Russia’s greatness, territories and powers.

Fortunately, president Putin has never hidden his agenda, and it is worth looking through his latest article about the 75th anniversary of World War 2 to understand his plan. Putin didn’t shy making public his ultimate ambition to restore all the territories lost after dissolution of the USSR.

No less than he searches to revisit the Yalta negotiating table and tries dividing the world among great powers for the second time. And if this failed, nothing would stop Russia to escalate its confrontation with the West based on the principle “we can repeat” (mozhem povtorit’).

To our greatest regret, Putin’s Russia fuels its power from the past, not the future.  And the glory of the past is the glory of war, of bloodshed, of repression and of territorial expansion. This is taking place because Putin’s Russia has not been effectively countered so far.

Each of us has his own share of responsibility for this failure. Every US, French, German or even Ukrainian president tried to reset relations with Russia – and in the end everybody failed. Precious time is lost, and the aggressor gains more.

Moreover, there is no consistency in words and in actions towards Russia. As an example, Putin is invited back to G7 table and at the same moment, Putin’s Trojan Horse – Nord Stream-2 is targeted with sanctions.

Ukraine is still struggling against Russian aggression directly on the fields of Donbas and is resisting its hybrid warfare on the whole territory of our country. A creeping annexation of the Sea of Azov and the Kerch Strait is ongoing.

Violations of human rights and militarization of the occupied Crimea also thanks to the illegally constructed “Putin’s bridge” are not halted. Nothing has stopped Russia from illegally holding in Crimea its referendum on the constitutional amendments aimed at further usurping of powers by President Putin.

Nor have we seen an effective stop of cyberattacks and disinformation campaigns in Europe, aimed at undermining institutions, peace, ethnic, cultural, social stability.

Russia acts everywhere it feels weakness and appeasement. Unfortunately, last year’s Normandy Summit in Paris qualifies as an example. There has not been a single day of ceasefire and Ukraine has not stopped taking more losses.

As of now, the toll totals to dozens of people killed, hundreds of wounded, and thousands of shelling on population. Under such circumstances, would it be a surprise if Moscow tried another military intervention into Ukraine, say, from Crimea?

So, what should we do on the conflict settlement track?

First, there is no better strategy in dealing with Russia than strength and unity. We must be firm and clear in our messages to Kremlin and consistent in our actions vis-a-vis Putin. No appeasement and no unconditional return to business as usual.

Second, political and economic sanctions on Russia must be strengthened. They will keep Russia from further invading Ukraine and keep Putin at the negotiating table, if one still believes in a peace settlement.

Third, there is a need to return to the initiative of deployment of UN-mandated peacekeeping operation to Donbas throughout the occupied territory, including the restoring control of the state border between Ukraine and Russia. If there was a better solution, it would have come up, but it is not the case.

Fourth, Ukraine’s international partners should not shy from strengthening the military resilience of Ukraine, including by supplying defensive lethal weapons, naval and anti-air defensive military systems.

Fifth, Ukraine should continue to receive support on its path of pro-European reforms, in which there should be no place for the instrumentalisation of the judiciary and politically motivated prosecutions against opponents. Ukraine’s success is the best deterrent against the Russian revanche.

Sixth, the most effective sanctions against aggressive Russia and the cheapest ones for the West would be granting Ukraine NATO Membership Action Plan and the EU membership perspective. It would be a huge incentive for Ukraine and at the same time a huge blow to Putin’s revanchist policies.

After the predictable changes to the Russian constitution and president Putin staying in the office for years, one should look at supporting Ukraine more than at useless and counterproductive attempts of re-setting with Russia again.

Picture: A young Ukrainian girl waves a National flag during a march of Ukrainian veterans of the Eastern-Ukrainian conflict, volunteers and relatives of Ukrainian soldiers, who died during a conflict, during ‘Independence Day’ celebration in downtown Kyiv, Ukraine, 24 August 2019. [Sergey Dolzhenko/EPA/EFE] Euractiv